Creek Boyz – With My Team

I have a soft spot for any video shot inside a corner store/bodega, but that’s just one of countless things to like about Creek Boyz’ viral hit ‘With My Team’. Spoiler alert: I was going to put up my top 10 songs for May today but this masterpiece by the previously unknown (to me) entity Creek Boyz made such a hard and late charge for song of the month (like Cloud Computing’s late comeback win to win the Preakness, in nearby Pimlico) when I first heard it this weekend that I changed the whole article and wanted to give it its own post today before awarding it song of the month for May when I put up the May top 10.

I have to again give a shout out to one of my favorite blogs (and maybe even my favorite blog), The Martorialist for unearthing this gem with his recent post on ‘With My Team’. The melodic song almost reminds me of a church choir or a barbershop quartet, with the way the group harmonizes and repeats each other’s lines in a different pitch. Pitchfork’s Sheldon Pearce probaby describes the vocals better than I  could, writing “This rap chorale, celebrates their bond with a rousing ode to companionship—to those living and those lost. They subscribe to verse by committee: when they aren’t ad-libbing each other’s raps or filling the space around them, they’re forming a chorus and singing snippets in unison. The singsong-y verses flow one into the next with subtle transitions between distinct voices, highlighted by the constant presence of ETS, who sounds like an R&B heartthrob during his vocal runs.”

In an era where guys like Lil Uzi Vert or XXXtentacion, whether you love them or hate them, are certainly pushing the boundaries of rap and redefining the outer limits of the genre, and inspiring plenty of copycats in the process, the Creek Boyz have created something unique and definitive by going in a completely different direction of their own. The beat by A2rBeatz is subtle but it’s fire. Definitely one of my favorite beats of the year so far. Best Baltimore group/posse rap song since LBE’s ‘Running Bandz’?

The video has already racked up over 700,000 views on Youtube (a really impressive total for a non household name in just 2 months especially for a video not being pushed by a major label etc) and I’m probably a little late to it; The Demo Tape’s Justice Gray  in March described how the song was already catching a nice buzz in Baltimore County and getting props from Baltimore Ravens RB Terrance West.

You’ve got to love the camaraderie and overall the chorus is actually a pretty wholesome/uplifting message:  “Everyday we on our grind. Baltimore too many niggas dying. Gotta watch out for me and mine. Every day I’m with my team.” I love the second guy’s verse and he has an incredible voice. Arguably, the best part of the song is the end when they sing ‘It’s gon be fine, it’s  gon be fine, it’s gon be fine, every day I’m with my team’ over and over again in a defiant message of reassurance and resilience in the face of the challenges and hardships going on around them. Fader’s Nazuk Kochhar summed it up well, stating, “With My Team” is amazing. It’s that song you put on at the end of the night when it’s just you and your closest people, mobbing into the night all smiles, thankful you’ve got each other…Baltimore County’s Turk P Diddy, Young Fedi Mula, and J Reezy — a.k.a. the Creek Boyz — let their optimism and love for one another soar in the face of the darkness that might be lingering on the horizon. The song rules, and is an ever-welcome reminder that as long as you’re with your team, “it’s gon’ be fine.”

I love what these Creek Boyz created with this song and I can’t wait to see what they do next. ‘With My Team’ really came out of nowhere to be one of the early contenders for song of the year for 2017. 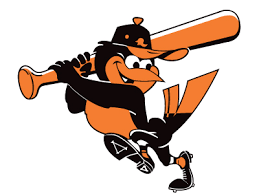