Big Bern stays winning on here as this blog’s unexpected champion of 2017 with my top song for September ‘Win Big.’ Whether it was Berner snubbing Yeezys in the first verse or a Trump reference from Ampichino that was as unexpected as it was edgy, or the heavenly beat, Win Big just stormed its way to the trophy. I wrote previously –

“This song has me feeling like me, Berner, Dolph, and Amp just won a big, hard-fought battle in an enemy city and we’re now realizing it’s over and it was costly, but we gave it our all, we won, and we’re all still here and we’re all good. We’re taking our masks/helmets/visors off and putting our guns down and we’re just triumphantly looking around and surveying the carnage and taking it all in, looking at each other and giving a knowing nod to our brothers in arms. Or we just won a championship and Berner hit the winning 3 at the buzzer against all odds and now we’re all just basking in the glow of knowing we achieved glory.

I was already singing the praises of Berner & Dolph’s collaboration project ‘Tracking Numbers’ because ‘Knuckles’, the first track they leaked from it, was already easily one of my favorite songs of the year. Little did I know that by the time this 8 track mixtape was over that another song from it would be right up there with Knuckles as one of my favorite songs, and beats, of the year. The beat for this one is so triumphant and honest and perfectly captures the ‘Win Big’ mantra. I have to find out who came up with this beat. Berner is like Jameis Winston right now; he’s been around for a couple of seasons but now he’s entering his prime and ready to take the league by storm.”

If it wasn’t for Berner hogging the spotlight, Lil B very well could have had the top song for September with not only Bad MF, but Berkley, off his new Black Ken album.

“You can’t see me, even with glasses. West Coast motherf*cker and I’m smashin’. I don’t care if you play this on the radio, ’cause they love me from Oakland to Fillmoe.

Yeah I’m from the ghetto, where motherf*ckers will change your whole schedule. You can meet me at the sideshow, I’m a rap star b*tch I don’t drive slow!”

END_OF_DOCUMENT_TOKEN_TO_BE_REPLACED

Lil B takes the trap star analogies to the next level on his homage to his hometown Berkeley off of his excellent Black Ken album, he’s not a drug dealer, he’s an entire drug store. F*ck a Walgreen’s or a Rite Aid, the BasedGod has got what you need and accepts most health insurance plans.

I also like the line immediately following it, “We in downtown Berkeley, I’m not rich, but I’m working.” Lil B always has a way of turning the mundane and banal into a positive and makes you fee la little better about grinding away to make ends meet every week. The beat for Berkeley seems like it could go on forever and it goes perfect with the overall atmosphere of the song. 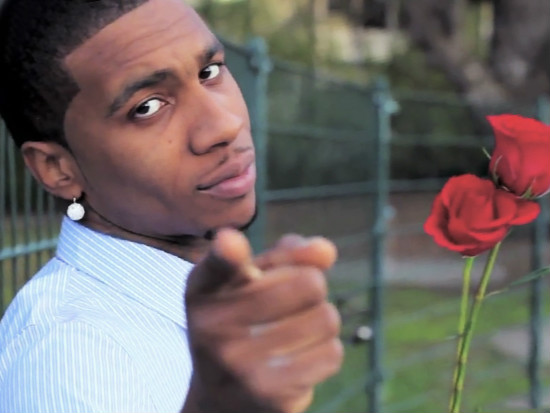 Y’all thought I was done over here? Nah bruv I’ve just been so immersed in Lil B’s new Black Ken album in which the Based God engages in a bit of revisionist history and reimagines himself as one of the pioneers of hip hop from the 1980s that I’ve lost track of time.

The beat almost sounds like something from a 70s or 80s movie where some sort of menacing but ultimately cartoonish villain is strutting onto the scene for the first time. “Watch out, I’m a bad motherf*cker…” opens Lil B. I don’t think anyone could pull off an album, song, or even just the song title ‘Bad MF’ in 2017 besides Lil B. And not only can he pull it off, he makes it into an absolute slap.